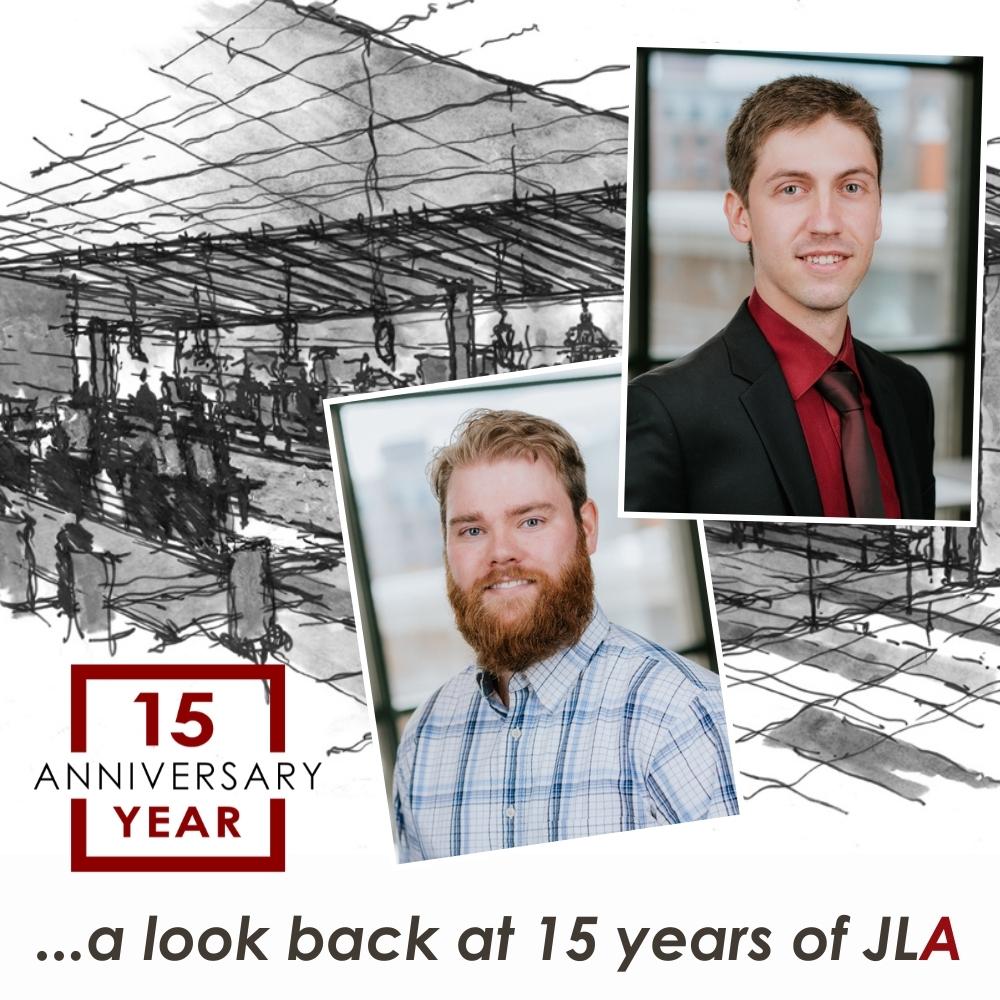 When did you start at JLA?

Camron:  I started, five years ago in February of 2017, as an intern and later moved into a full-time position. I’m one of the original JLA Milwaukee members.

I first met Joe [JLA’s founder & president] and Erika Lee on one of my spring breaks from UW-Milwaukee. I had gone home and was helping my mother with a project at their house. I had a friendly conversation with the Lee family about college and my future. At the end of the summer, I interviewed for an intern position at JLA and was hired.

Nick: I started 2 1/2 years ago in the Milwaukee office. It wasn’t my first architecture job; I came from a structural engineering firm, [I think] architecture is a lot more interesting than engineering.

What do you remember about your first days at JLA?

Camron: I was new to architecture and working in a firm. It was at the first (temporary) Milwaukee office in the Mayer building, which was right across the street from the Milwaukee Public Market. We had two rooms and four desks. At that time, it was me, Sal Impellitteri, Leah Teske, and Jerry Wick.

Nick: I remember it just felt like a really nice place to work – both the camaraderie and the office.

Do you remember your first project?  What was it?

Camron: The first project I worked on was Highland Triangle, but the owners ended up calling it ‘Jade’ in reference to the jade-green accent color that’s adjacent to all the windows on the exterior.

Nick: I was on Covered Bridge, which just recently broke ground.  It’s been interesting to see how it has evolved from some of the older design renderings. 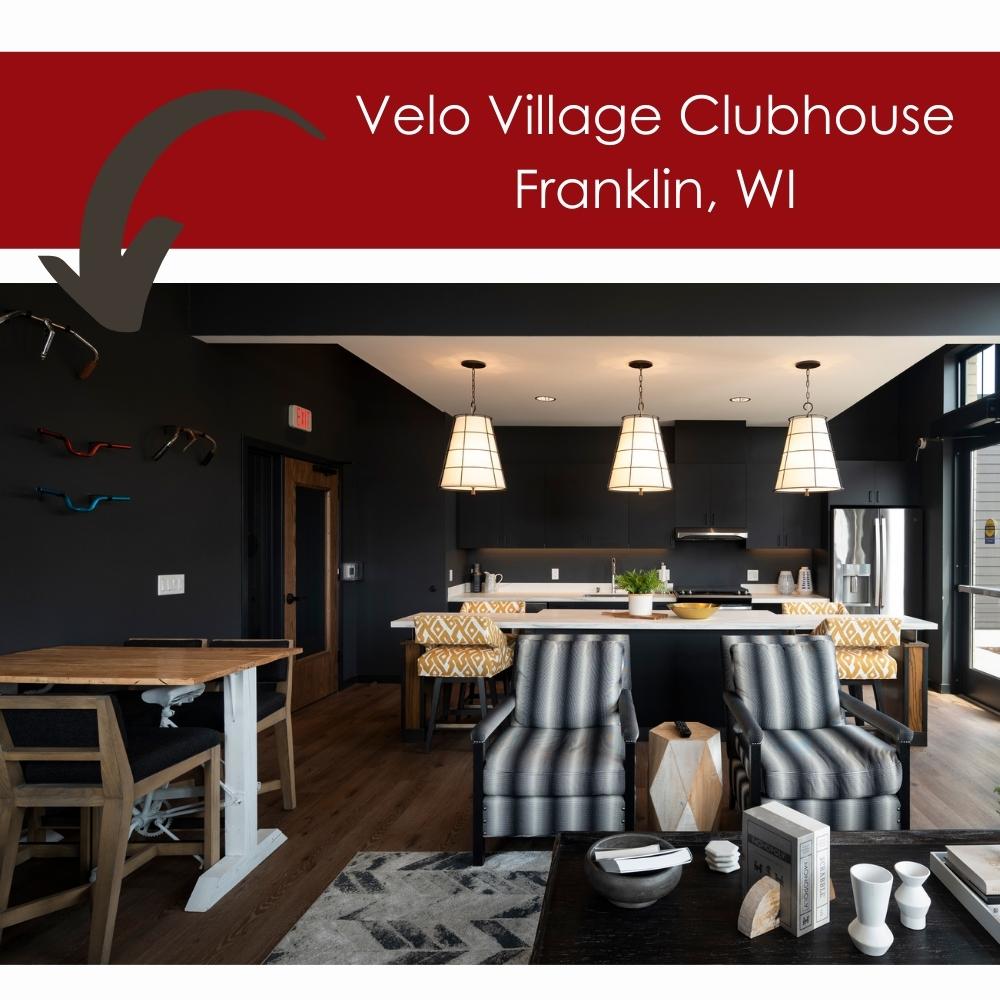 Any notable stories, funny moments, or ‘Lessons Learned’ along the way?

Camron: Dale [a Senior Designer at JLA] and I were designing and modeling the Velo Village clubhouse, a small building, but the amount of detail and care he put into it was really astounding. He went to Breckenridge, Colorado on vacation for about a week and while he was there, he sent me pictures of ski chalets and ski repair areas for inspiration.  It was great to see the amount of detail that he wanted to put into the project.

Nick: Yes, working with Dale on any project—it’s cool to witness when he’s designing. There’s always a whirlwind of moving pieces at the beginning and it’s a lot of learning.  It’s just really interesting to watch a seasoned designer work.

Any funny stories from the Milwaukee office?

Camron & Nick: The comradery in the office is great. Sometimes we pose strange, thought-providing questions to each other—some of those have been quite funny. We also play some chess on the central table for a quick, creative break.

What makes JLA unique and sets us apart from other firms?

Nick: They listen and respond to their employees.  I think the culture is great—I remember most of the questions that I was asked during the interview process were based on how well I would fit into the JLA culture, and I think when you’re hiring based on how well the people work together that says a lot about a company.

Camron: Joe has always believed ‘people come first’.  So it has always felt like a family environment. Everyone is nice and will basically drop everything if you need help on a project…or even a ride home. 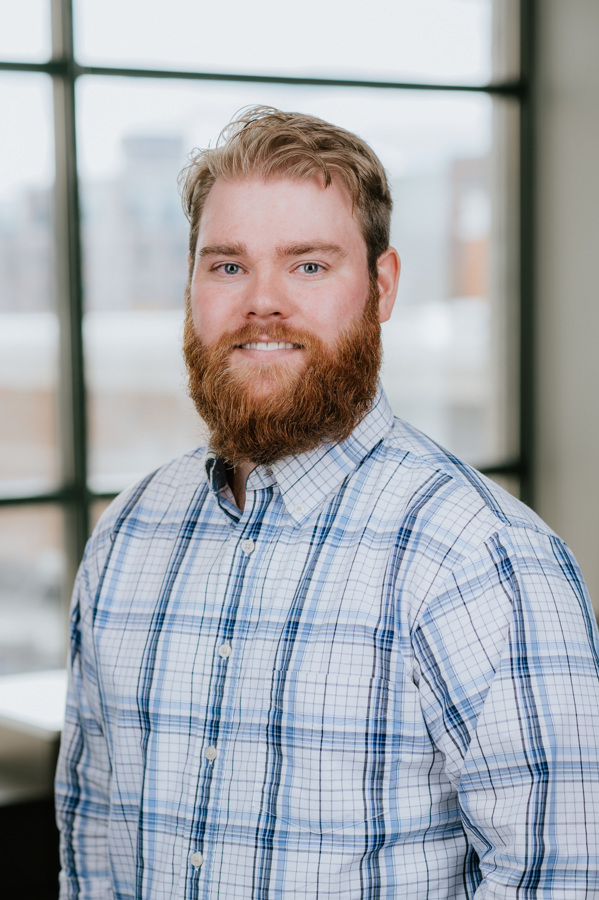 Camron is a project specialist with JLA and a graduate of UW-Milwaukee.  He loves taking sketches from one of our JLA designers and building 3D models and creating drawing sets. He also thrives on problem-solving issues that come up throughout the modeling process.

Nick is a graduate of UW-Milwaukee and a project specialist with JLA.  He enjoys how his work varies from day to day – from rendering site plans and construction documents one day to 3D modeling a new building the next.